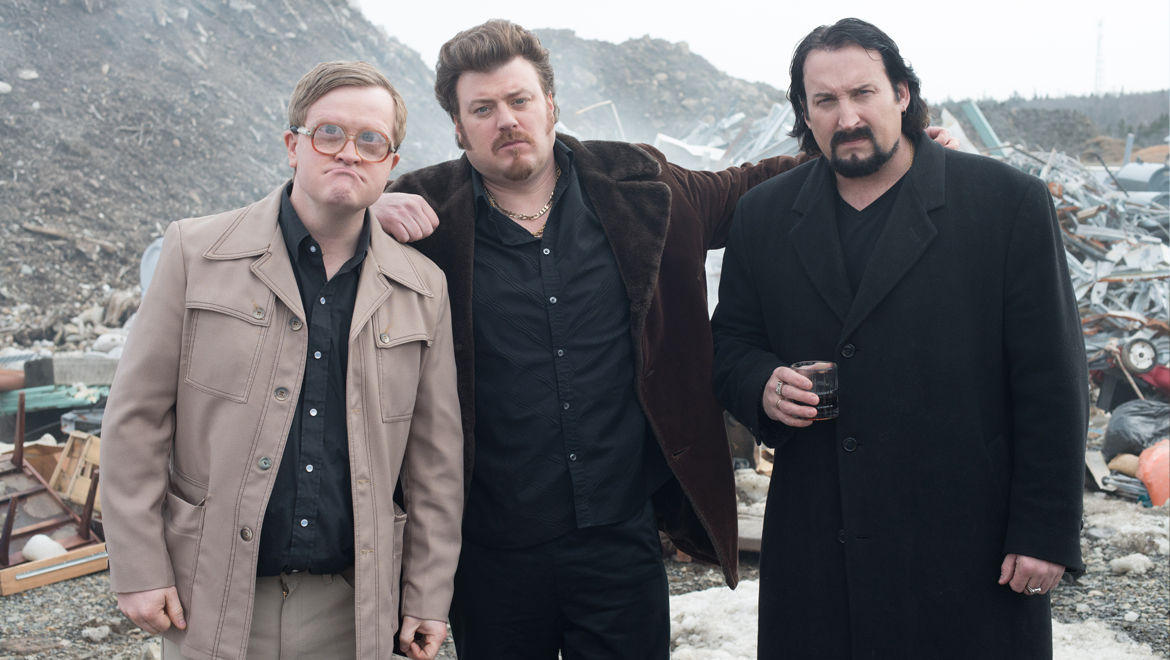 Recently out of jail and completely broke, Julian has a plan to get outrageously rich. However, he first has to deal with Cyrus. Meanwhile, the government’s plan to legalize marijuana threatens Ricky and his dope business. And then there’s Lahey…

The scenes in the movie that were shot on Parliament Hill in Ottawa took place on April 20, 2013 – the same day that 10,000 people descended on the Hill to protest Canada’s marijuana laws.
Mike Clattenburg devised a brilliant plan to sneak the Boys to the location without being noticed by the throng of attendees (many of whom were huge fans of the show) by hiring 50 background performers to surround the Boys and walk en masse up and into Parliament Hill, cameras rolling the whole time. Only at the last minute did the onlookers realize that Ricky and Bubbles were walking among them. Of course, no real drugs were used by any of the performers during production.